skip to main | skip to sidebar

What is a Rednalsi? I was asked this question recently.

The short answer is a woodchuck prank native to the northwestern corner of the state of Vermont. Almost limited exclusively to the Lake Champlain Islands, but often tinged with irony.

Examples may include, but not be limited to;

Swapping democrat’s and republican’s lawn signs in the middle of the night.

Swimming around in Lake Champlain, in scuba gear towing a Champ decoy.

Dropping off free roosters from craigslist in peoples yards in the middle of the night you don’t like.

Launching bars of soap from potato guns into posted property at the start of deer season.

Making cardboard cut outs of whitetail bucks with computer paper tails and put them in the edges of fields the night before deer season.
Posted by REDNALSI at 7:03 PM No comments:

What Happened To Red?

The answer is actually two fold.

Secondly his name was stolen. The black hat he always wore with "REDNALSI" in brite red letters out in public was his own undoing. One of the editors of the local ISLANDER paper saw the hat and got inspired. Low and behold, on April 1st, the April Fools spoof issue of the ISLANDER paper bore the name REDNALSI.

Until such day as Red wins the lottery and can start his own REDNALSI paper, and call his April 1st issue the I.SLANDER, Red will be no more.
Posted by REDNALSI at 11:04 AM No comments:

Sorry, No Clinton Era Take 2 For Me


So I already voted by absentee ballot, and no, I couldn't vote for Hillary. Our nation needs to move forward, not backward. We already had 8 years of a Clinton in office, anyone else remember what it was like? No, I'm not ready for Whitewater Gate 3, or Lewinsky Gate 4. Unfortunately that's what I akin her running to, a bad sequel.


When I look at where we are now, and how we got here, I really wonder. It seems to me the NAFTA Hillary's husband signed into law did more harm than good. I guess that's really the only place I let Bush off the hook. The job's began headed out of the US before he took office, of course, did he do anything to stop it? Stem the tide? No, I feel the Clintons deserve some of the blame as well.


I realize she was only the first lady then, and she wasn't running the country, or was she? Sure seems like she wears the pants in that family, so that would mean she'd bare part of the responsibility. As far as I'm concerned NAFTA was the plug that was pulled, that allowed the slow drain of jobs from our economy. Maybe if the focus of her campaign was to undo NAFTA and the bad things her husband and Bush did, I'd be a little more inclined to listen to her. But so far, and we're late in the season, I'm hearing nothing new.


At least with Obama his message of change resonates, and he's not afraid to speak his mind. Talking about climate change, jobs and green energy he's at least talking about heading in a positive direction. I'm still apprehensive of putting all my eggs in his basket, but between him, McCain, and Hillary, I'll take the chance on Obama. This country needs a new direction, and a change from the old guard. Hopefully Obama will be the champion he purports to be.
Posted by REDNALSI at 10:32 AM No comments:

The Latest In Campaign, I Mean Primary 2008

Yee-Ha, Whoopee... The big day has passed, Super Tuesday. The so called closest thing to a national primary. Where did it get us? Clinton and Obama are still neck and neck, and we're from a clear winner.


Just think of the money being spent in these campaigns. Where does it all come from, and could it be spent a little more wisely? Show me a candidate who donates their war chest to relieve the national debt, or builds jobs for the U.S. and that's the person I'll vote for.


At this point we still haven't heard a good plan to pull us out of the toilet. All it's been is I'm not Obama, and I'm not Hillary. They talk, give speeches, and debate. I just really don't have a good feel for what they're gonna do other than not be another Bush. Not that that's not a good direction, but it'd be nice to know what we're getting into.


I'm still waiting for change, I don't know what form it will take.
Posted by REDNALSI at 3:55 PM 1 comment:

Someone Please Tell Me Why

I just don't understand why people risk their's and everyone elses neck. Today we had a winter weather event in Vermont, commonly called snow. Then all heck breaks loose and you see the best and worst of people. You see strangers help pull others out of ditches, and giving stuck cars a shove. Shovelling walkways and the like.


Then there's the "I need to get to work on time" crew, and I'm going to get there at all costs. You know, the ones that fly down the interstate grossly exceeding road conditions. It puts everyone else at risk, and for what?


You knew the storm was coming, why couldn't you get your butt out of bed a couple minutes sooner? Why'd you wait till last minute instead of giving yourself time?

Smarten up! You and everyone else will live longer if you slow down a bit. Even with four wheel drive, your vehicle can't go THAT fast on snowy icy roads. Watch for me, I'll be the one waving to your sorry butt as I drive by when you're stuck in the ditch.
Posted by REDNALSI at 3:02 PM No comments:

What I thought Was Last Sunset Over Open Water 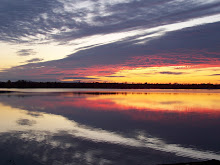 REDNALSI
Grand Isle County, Vermont
I SPEAK FREELY FOR IN THE GRAND COSMIC SCHEME OF THE UNIVERSE, I AM MERELY A PARTICLE OF DUST, WITH NOTHING TO LOSE BY SPEAKING MY OPINION.

The Snow Piles Up 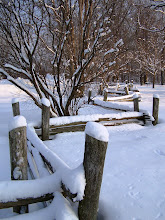 Will Snow Bury The Fence This Year? 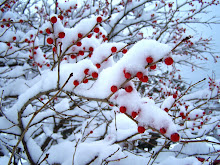